This year marks the 50th anniversary of the issuance of the Shanghai Communiqué between China and the United States.

The document was released on February 28, 1972 when then-US President Richard Nixon made a historic visit to China. He ended the protracted estrangement between China and the United States and started the process of normalizing China-US relations.

As the first joint communiqué between the two countries, the Shanghai Communique affirmed the one-China principle. It was followed by the Joint Communiqué on the Establishment of Diplomatic Relations between China and the United States and the August 17 Joint Communiqué, issued in 1978 and 1982 respectively.

The one-China principle and the three joint communiques remain the political foundation of China-US relations. Over the past half century, relations between the two countries have made remarkable progress despite ups and downs, and they have both reaped enormous benefits from their cooperation.

However, in recent years, in an effort to contain China, some people in the US have tried to deny the story and tout the claim that the US policy of engagement with China has failed. Such a practice reflects the mentality of the Cold War. It denies the history of China-US relations, the two countries’ achievements over the past 50 years, and the efforts made by the two peoples to promote China-US relations. The commemoration of the 50th anniversary of the Shanghai Communique is an opportunity for both countries to draw experience and wisdom from history and put China-US relations back on track as soon as possible.

To continue upholding the spirit of the Shanghai Communique, the two countries should move forward with history and keep their relations on the right track.

Fifty years ago, the historic “handshake across the widest ocean” astounded the world. However, China-US relations have encountered adversity today. This is because some people in the United States are unwilling to admit China’s rapid development and see China as their main strategic competitor and even an imaginary enemy due to their biased understanding. Such a perspective reflects their misjudgment in China’s development philosophy, as well as their ignorance for the development of history.

To put China-US relations back on track, the US must act with political wisdom and courage, properly understand China and its development, and abandon the Cold War mentality and zero-sum games targeting China.

To continue to uphold the spirit of the Shanghai Communique, the two countries should properly handle their differences on the principle of seeking common ground while putting differences aside.

Some people in the United States intentionally pointed out the ideological differences between China and the United States to provoke confrontation. Such practice ignored the fact that the common interests shared by the two countries are far more important than their differences. It goes against the aspirations of the two peoples and against the common interests of the world.

It doesn’t matter that China and the United States have differences and problems. What is important is that they must manage these differences and issues through sincere communication, in order to prevent errors in strategic judgment and avoid confrontation. The photo shows the lobby of the Jin Jiang Hotel, where the Shanghai statement was released. (Photo courtesy of Jiang International (Holdings) Co., Ltd.)

To continue to uphold the spirit of the Shanghai Communique, the two countries should handle the Taiwan issue according to the one-China principle.

At present, to contain China with the Taiwan issue, the US side has attempted to distort and hollow out the one-China principle, which has seriously threatened both the stability in the Taiwan Strait and China-US relations.

China’s reunification is an unstoppable trend. It will never be modified by any individual, force or country. The United States should fully recognize that the Taiwan issue is extremely sensitive, abide by the one-China principle and the three joint communiques, and end any practice that challenges the one-China principle or undermines the peace and stability in the Taiwan Strait. It should also resolutely and firmly oppose “Taiwan independence” and stop sending false signals to “Taiwan independence” forces.

(Zhong Sheng is a pseudonym often used by People’s Daily to express his views on foreign policy and international affairs.)

Next China, the United States Will Draw Experience and Wisdom from History to Keep Bilateral Relations on the Right Track | Kathmandu Grandstand 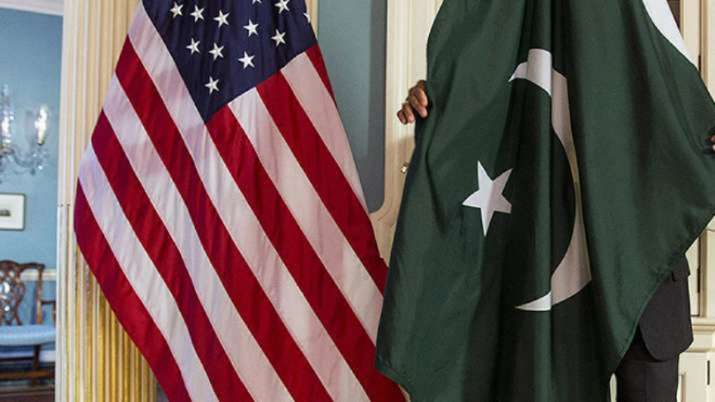