Foreign Minister S Jaishankar met his Egyptian counterpart Sameh Shoukry on Saturday and the two leaders discussed a range of issues, including the Ukrainian conflict and the Indo-Pacific, and exchanged views on strengthening bilateral relations and the creation of a more resilient global economy.

Jaishankar is in Egypt for a two-day visit at the invitation of his Egyptian counterpart Shoukry.

“A warm and productive encounter with FM Sameh Shoukry from Egypt. Reflected our deep-rooted ties as we celebrate 75 years of diplomatic relations this year,” he said in a tweet.

“As states actively involved in shaping global debates, we discussed developments in our regions and exchanged views on the Ukrainian conflict and the Indo-Pacific. A polarized world needs independent thought and voices of reason,” he said in another tweet.

“Our political cooperation has been strong in the past. We have several establishments. Some of them have met regularly and some of them will meet. We also hope to organize a meeting of our counter-terrorism task force. But overall, we have always had a good political understanding, and today’s meeting and discussions, I think, have strengthened that,” Jaishankar said in his opening speech at the conference. press with his Egyptian counterpart.

He said the two countries have recently stepped up their defense and security cooperation and there have been discussions on how to work more closely together on the defense side, especially on defense manufacturing.

“Trade and trade have once again experienced very strong growth. Last year was our highest transaction volume ever – over $7.2 billion. It was a big leap. Today we checked that. We agreed that there are opportunities for even more growth. That we both need to work to resolve any market access issues that we each might have,” Jaishankar said.

“Investments have also been very positive. Indian companies have seen investments of over $3 billion today and we again have close to $1 billion in the pipeline. And we see many new opportunities. I shared with the minister some of what we’re taking away from industry, new opportunities here, especially in renewables. So in that respect we are very optimistic again,” he said.

Jaishankar said both India and Egypt are states of civilization and share a tradition of thought beyond their narrow national interests.

“We have always been interested in the world, engaged with the world, and again we have a history of working together. Of course, we spent time discussing the conflict in Ukraine and its impact on fertilizer, food and energy security. I shared my perspectives on the Indo-Pacific with the Minister. He spoke of his opinions. We discussed how to create a more resilient global economy,” he said.

Jaishankar also backed the Egyptian presidency at next month’s COP 27. This is why I gave the minister our full support,” he said.

“So overall it was a good day for our bilateral relationship. We can give our systems more guidance on how to proceed. I think it was a good meeting with the minister on international issues” , added Jaishankar.

“Thank you @arableague_gs Secretary General Ahmed Aboul-Gheit for the warm welcome at League of Arab States Headquarters. Discussion on stepping up engagement between India and LAS. Also exchanged views on regional situation and global,” he said in a tweet.

Earlier today, Jaishankar paid tribute to Mahatma Gandhi at the famous Al Horreya Park in the Egyptian capital. Gandhi’s bust was unveiled in the park in 2019 to mark his 150th birthday.

India and Egypt share a close political understanding, based on a long history of contacts and cooperation on bilateral, regional and global affairs. The two countries have worked closely together in multilateral forums and were founding members of the Non-Aligned Movement. The year 2022 holds special significance as it marks the 75th anniversary of diplomatic relations between India and Egypt.

Traditionally, Egypt is one of India’s most important trading partners on the African continent. Bilateral trade grew rapidly in 2021-22, totaling 7.26 billion, up 75% from the 2020-21 financial year, according to the Indian Embassy in Egypt.

India’s exports to Egypt during this period totaled $3.74 billion, an increase of 65% over the same period of FY 2020-21. Meanwhile, Egyptian exports to India reached $3.52 billion, up 86 percent, the embassy said on its website.

Currently, the Indian community in Egypt numbers about 3200 people, most of whom are concentrated in Cairo. There are also a small number of families in Alexandria, Port Said and Ismailia. 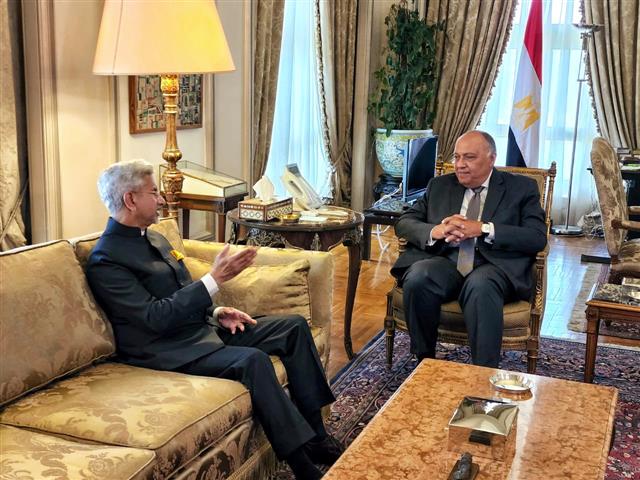 Jaishankar discusses bilateral relations, the Ukrainian conflict and the Indo-Pacific with his Egyptian counterpart The Tribune IndiaNews WAALI 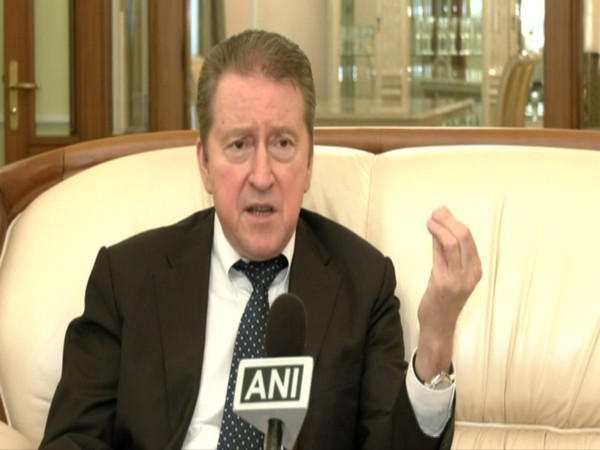 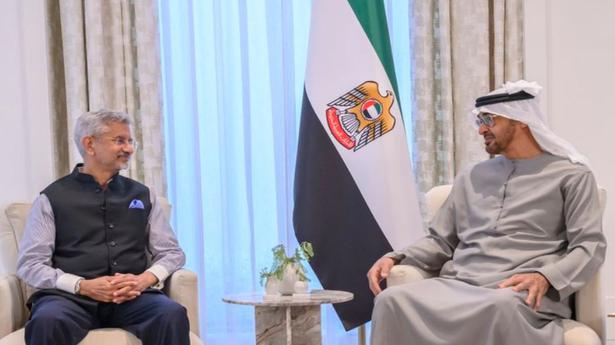