Editor’s note: Leaders is a global platform for influential leaders to share their views on the events shaping the world today. Kong Xuanyou is the Extraordinary and Plenipotentiary Ambassador of the People’s Republic of China to Japan. The article reflects the views of the author and not necessarily those of CGTN.

This year marks the 50th anniversary of the normalization of diplomatic relations between China and Japan, a milestone in the history of China-Japan relations. Fifty years ago, with superb strategic wisdom and extraordinary political courage, the older generation leaders on both sides took a major step to normalize diplomatic relations, completely ending the confrontation and isolation of post-war period between the two countries, and opening a new chapter of peace, friendship and cooperation. It has a profound impact on the course of the region’s and even the world’s history.

After half a century of ups and downs in China-Japan relations, exchanges and cooperation between the two countries in various fields have made substantial progress, with bilateral trade hitting a record high of 371.4 billion U.S. dollars, 12 million pre-pandemic mutual visits each year, and more than 260 sister city pairs. The interests of the two countries are so broadly and closely integrated that they have long since become an interdependent development community. Both sides should cherish and cling to the hard-won development achievements in China-Japan relations and also draw wisdom from them to light the way forward.

History has taught us that differences in political systems, social systems and ideologies should not be an obstacle to state-to-state relations. Fifty years ago, in the spirit of mutual respect and finding common ground while preserving differences, older generation leaders on both sides moved beyond their differences and normalized bilateral diplomatic relations in the context of the Cold War, setting an example of peaceful coexistence and friendly interaction between countries on different sides. It is clearly written in the Sino-Japanese joint declaration of 1972 that “despite the differences in their social systems, China and Japan should and can establish peaceful and friendly relations”. Now, 50 years later, there’s no reason both sides can’t.

History has taught us that peace, friendship and cooperation are always the right direction in which both parties should go. At the very beginning of the normalization of diplomatic relations, China and Japan said they would “establish lasting peaceful and friendly relations between the two countries.” The signing of the China-Japan Peace and Friendship Treaty clarified in legal form the obligation of both parties to work together for peace and friendship. The two parties have also established a strategic and mutually beneficial relationship and reached a series of important consensuses, including “to be cooperative partners and not pose a threat to each other.” No matter how the international situation develops, both sides should not hesitate to follow the general direction of peace, friendship and cooperation. 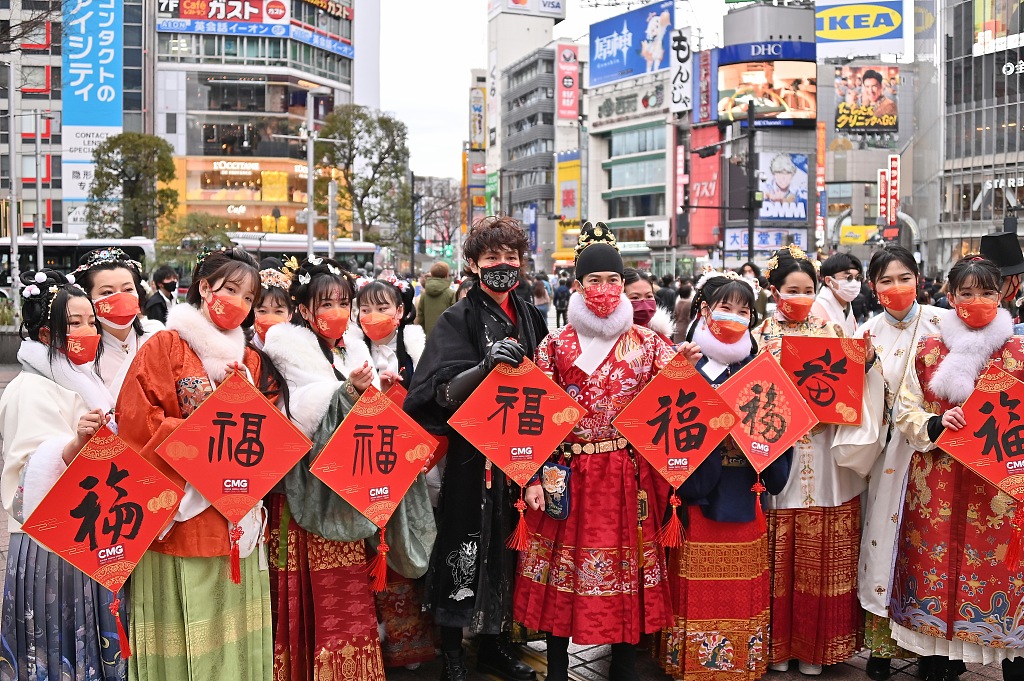 History has taught us that the four political documents between China and Japan must be adhered to without compromise. Since the normalization of diplomatic relations, the two sides have signed four political documents and formed a series of important consensus, which established rules to deal with major principled issues such as Taiwan’s history and region, as well as issues sensitive such as the Diaoyu Islands and East China Sea. This is a solemn commitment made between the two governments and a fundamental guarantee to ensure that China-Japan relations will continue to develop steadily and will not be jeopardized in any way.

The current situation facing China-Japan relations remains complex and difficult, presenting both old and new problems, and is at a critical juncture when the two countries are moving forward or drifting downward. The two countries should seize the important opportunities offered by the 50th anniversary of the normalization of diplomatic relations to maintain, consolidate and develop bilateral relations, and translate the political consensus on building China-Japan relations that meet the requirements of the new era. into a reality. . This is the historic mission entrusted to both sides by the times.

First of all, both countries should uphold the principle of mutual respect and properly handle differences. Mutual respect is the premise and foundation for building mutual trust, and it is also the basic etiquette in state-to-state interactions. Both parties should treat each other as equals, demonstrate goodwill and sincerity, accommodate differences in each other’s political systems, social systems and values, respect each other’s independent choice in matters of development path, adhere to basic norms of international relations such as non-interference in each other’s internal affairs and oppose the use of values ​​as a pretext to draw lines and incite ideological confrontation.

Second, both countries must keep their promises and manage conflicts and differences. As neighbours, China and Japan inevitably have problems and differences, but the key is how to deal with them. China has always been determined to safeguard its sovereignty, security and development interests. At the same time, China is willing to work with Japan to effectively manage conflicts and disputes in accordance with the principles of the four political documents and relevant consensuses, so as to avoid disrupting the overall picture of bilateral relations. The Japanese side should keep its commitments on major principled issues, such as history and Taiwan, and refrain from overstepping and crossing the line in order to maintain the political foundation of bilateral relations.

Third, the two countries should seek mutually beneficial cooperation and develop common interests. As China enters a new stage of development, its high-quality development and high-level opening up will bring more opportunities to all countries in the world, including Japan. China and Japan should hold high the banner of mutually beneficial cooperation, promote pragmatic cooperation in various fields, improve the quality of cooperation and inject positive energy into bilateral relations. We hope the Japanese side will show a more trusting, open and accommodating attitude in its cooperation with China and not be led astray by negative rhetoric that exaggerates the competition and confrontation between China and Japan and calls for containment of China.

Fourth, the two countries should stick to the tradition of friendship and establish favorable public opinions towards each other. People-to-people friendship is a fine tradition and a valuable asset of Sino-Japanese relations. The two sides should carry out extensive people-to-people and sub-national exchanges to promote mutual understanding and deepen ties between the peoples of the two countries. The future of China-Japan relations belongs to the younger generation. The two sides should focus on strengthening youth exchanges and attracting more young people to take an interest in bilateral relations so that the cause of promoting China-Japan friendship can be passed down from generation to generation.

Fifth, the two countries should uphold multilateralism and shoulder their international responsibilities. Right now, as the COVID-19 pandemic rages and global challenges mount, the world has entered a new round of turbulent change. China and Japan should practice genuine multilateralism, act in the interests of the international community, maintain their strategic autonomy and jointly play an important and positive role in maintaining peace and stability, solidarity and cooperation, development and prosperity in the region as well as in the world.

Next We want to take bilateral relations with Bangladesh to a new high: Goyal 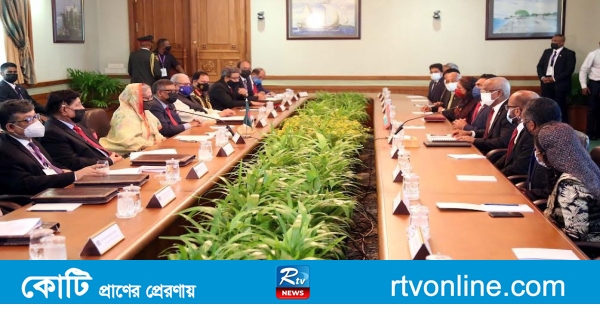 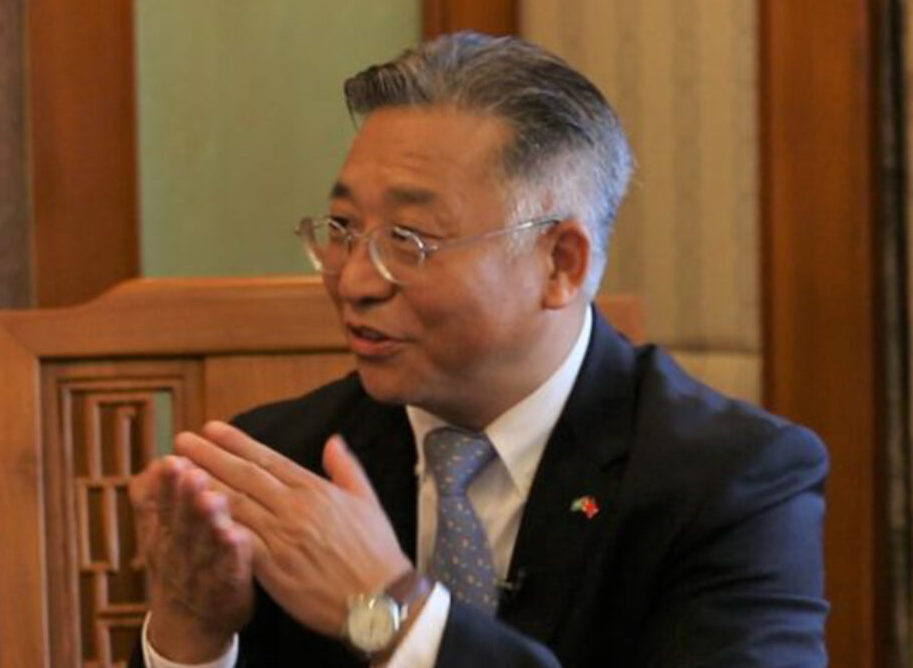